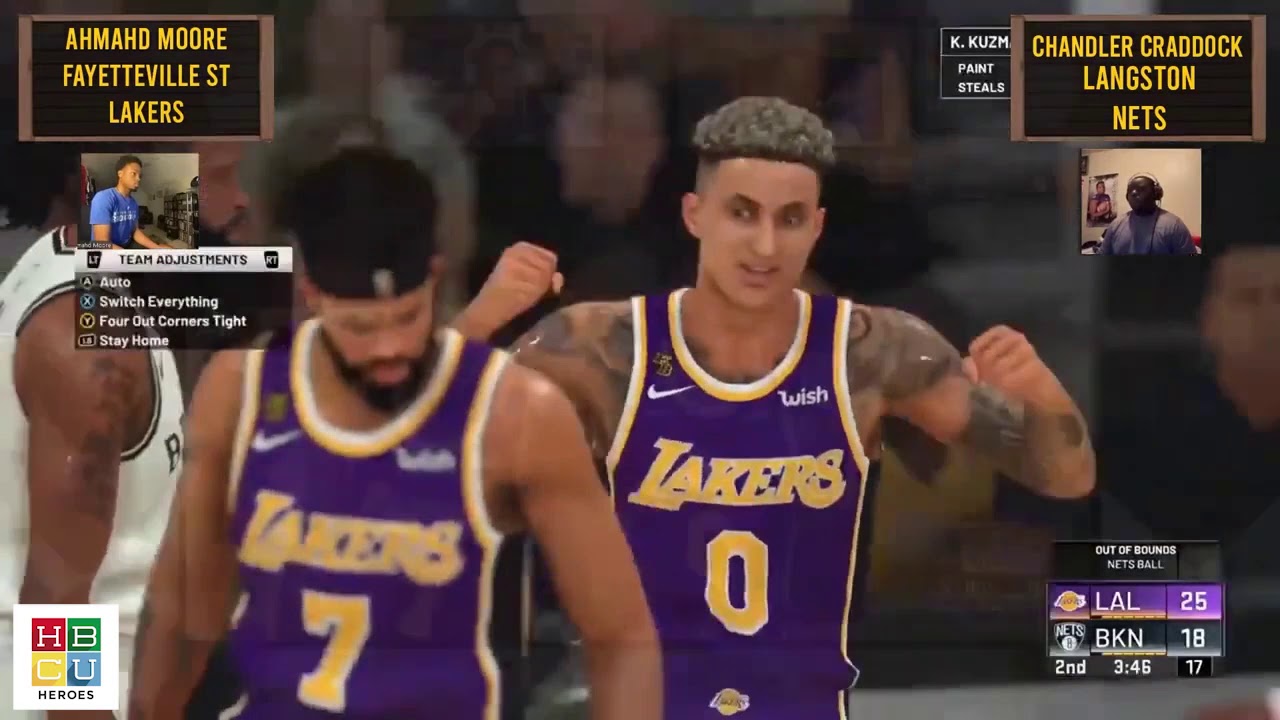 (Black PR Wire) ATLANTA, GA — HBCU Heroes hosted the first-ever esports competition dedicated to Historically Black Colleges and Universities (HBCUs) on Sunday, July 5 at 6 pm EDT. Ahmad Moore, 21, a junior at Fayetteville State University took home the championship title. He entered the tournament as the number six seed (last place). Prior to participating in the tournament, Moore did not own an Xbox gaming console; HBCU Heroes purchased one for him to compete. Ahmad led his Lakers to a 75-53 win over Chandlar Craddock’s Brooklyn Nets. Craddock is a sophomore at Langston University. Moore secured the crown with his mother, LaEisia Lattacker, proudly cheering him on. Prior to this win, Moore had never played in an organized esports competition. The play-by-play action was called by WNBA’s Renee Montgomery (Atlanta Dream) and Sportscaster Larry Ridley.

Ahmad Moore was recently crowned Mr. Fayetteville State University and is majoring in communications and pre-law. He plans to attend law school after graduation. His winning purse included $500 and a Dell computer. When asked what he plans to do with his prize money, Ahmad replied, “I plan to help elementary students in Fayetteville buy devices, so they will have the same opportunity HBCU Heroes gave me. I could not have had this chance without their generosity, and I want to pay it forward.”

The event was made possible by sponsorships from J.P. Morgan Chase and Dell, as well as a grant from The Arthur M. Blank Family Foundation.